Bookish Events: A Recap of The Evening of Awesome with John and Hank Green

Here is the highlights reel from An Evening of Awesome! This was a jazzy event. (And I was very close to the ceiling of Carnegie Hall and had a nice visit with my FEAR OF HEIGHTS. Nothing like my plus-one's response, which, if we had been in private, probably would have involved crawling and crying. Way to hold it together in front of the little people, Mom.*) 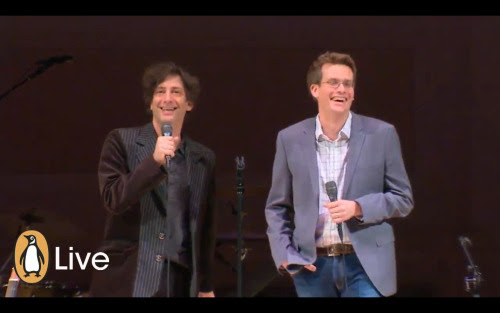 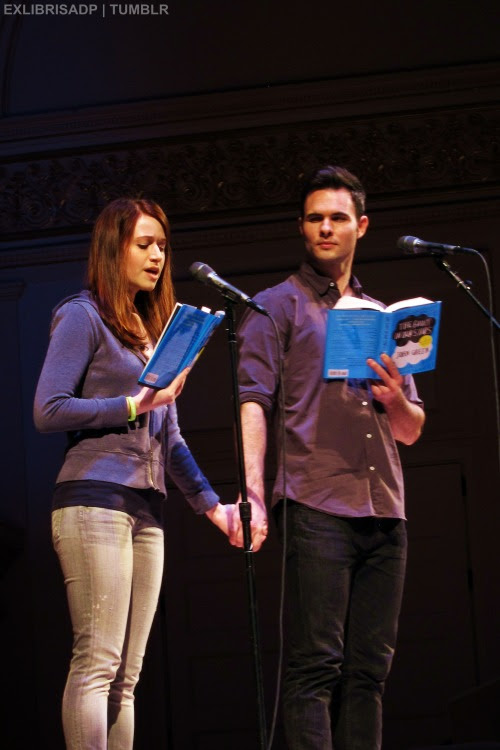 Overall, I love the idea of a sold-out show celebrating the anniversary of a book. I mean, how dorky/fabulous is that? And The connectivity of it all- John Green loves the Mountain Goats, and writes a book where their music plays a big role. Eventually he becomes friends with them and they play at his gig at Carnegie Hall. They even high-five. And John Green has fun friends like Neil Gaiman who is all British and cool (and I loved the two books of his I read!).

I would to have heard John Green talk more about writing/books/TFIOS, but this was a Follies production, not just a book talk. I am going to find another book talk to go to ASAP. Yay for bookish resolutions coming true.

*PS: Goosie Mama was supposed to come in honor of YAF & WS, but she is busy being eaten alive by her job so my mom came. AND GM felt so bad about it that she sent me flowers. WHAT!?! Right, I got to see JG and got flowers. She clearly is an awesome but confused friend who doesn't realize that if I wasn't a poor graduate student I should be sending HER flowers for a terrible day at work. So shout out to GM for being such a considerate friend.
Posted by Grad Student at 12:57 PM

For some reason Grad Student associates people who drink whiskey sours (aka tweenagers at bar mitzvahs) with young adult fiction. (Everyone else: "Go figure.")

We Came, We Saw, We Read